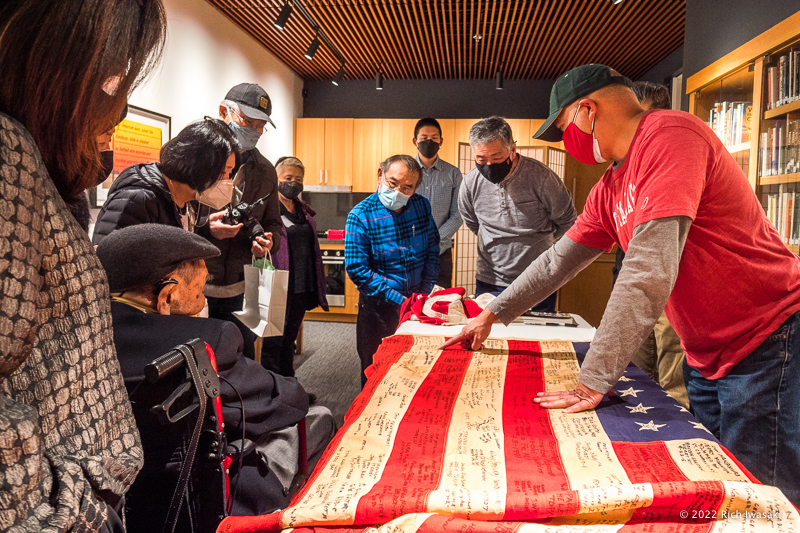 JAMO was happy to participate in this memorable flag-signing event. Santa Clara County Superior Court Judge Johnny Gogo has been traveling the country with several 48-star flags, collecting signatures of Japanese Americans who were imprisoned during WWII. Each signing event is a way to gather the survivors together, hear their stories, and create a symbol of their experiences living in the camps and the injustice of their forced relocation.

On January 9, two events were held in Portland. In the morning, Judge Gogo was at the Russellville Park Leisure Care Community; in the afternoon, we moved the event over to the Japanese American Museum of Oregon.

Additional events will be held in the Northwest soon, including Seattle and Bainbridge Island.