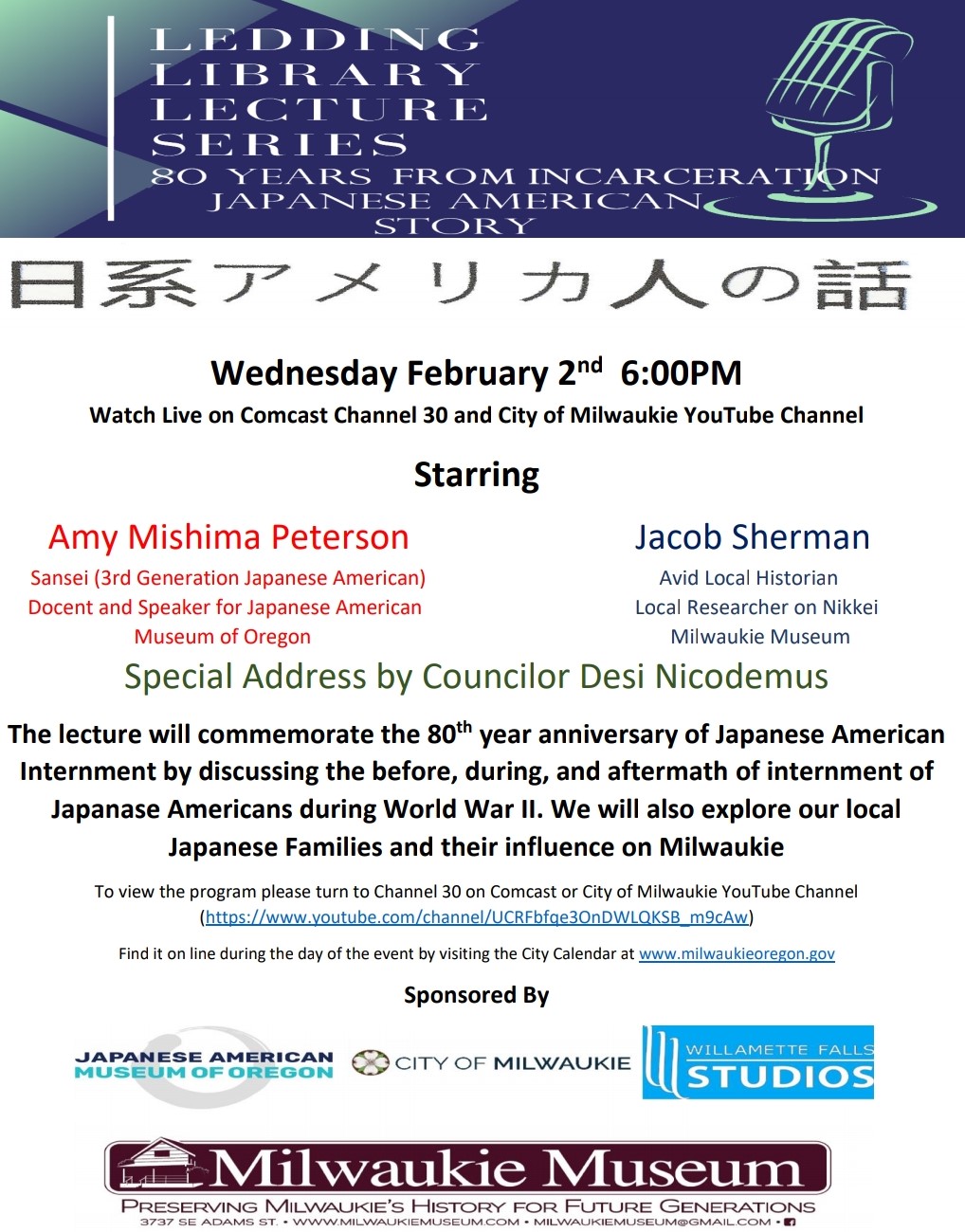 Presented by The Milwaukie Museum, City of Milwaukie, Willamette Falls Studio, and the Japanese American Museum of Oregon

Due to COVID conditions, we will not have a live audience, but you can watch on Comcast Channel 30 or on City of Milwaukie YouTube Channel. Find it on line the day of the event by visiting the City Calendar at www.milwaukieoregon.gov

Along with the program, Ledding Library will have a traveling trunk display from JAMO on site so you can learn more about Japanese American History and on February 15th during the City Council meeting, there will be a Proclamation honoring the Japanese American Families as well.