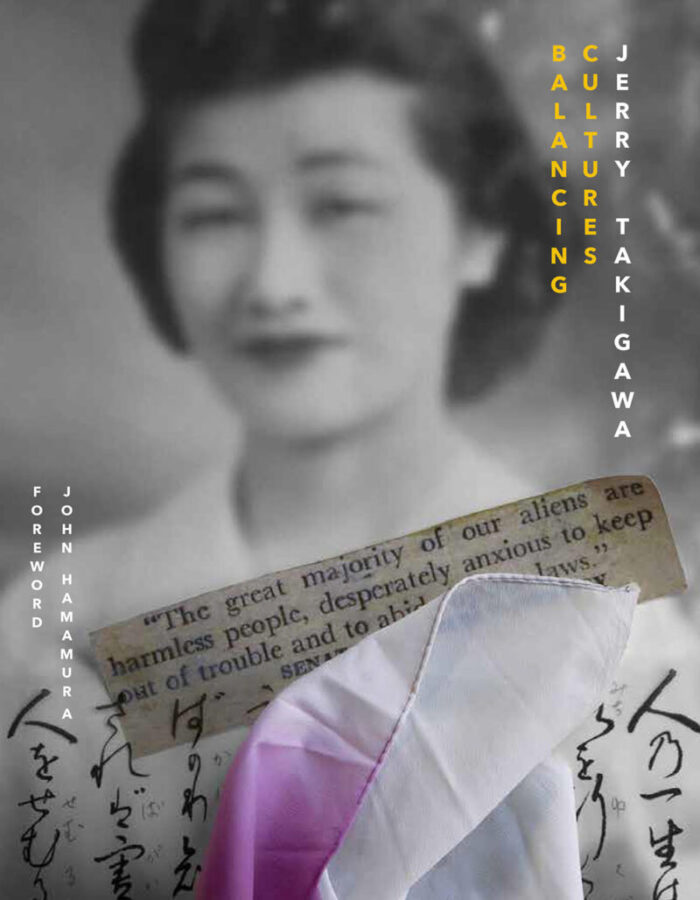 Jerry Takigawa will be at the Japanese American Museum of Oregon to sign copies of his new book, Balancing Cultures. Takigawa’s work will be included in the upcoming exhibition Resilience–A Sansei Sense of Legacy, of which he is also the co-curator. Come on by, get your copy of the book, and meet the artist:

Balancing Cultures presents the work of a multi award-winning photography series about the artist’s family’s experience with the WWII American Concentration camps. This project offered an opportunity to confront the racism perpetrated on the Japanese that resulted in their confinement in the American concentration camps sanctioned by President Roosevelt’s Executive Order 9066 issued on February 19, 1942. Awakened by a discovery of old family photographs, taken in an Arkansas camp, Takigawa was compelled to speak out in deference to his parents’ silence on the matter. Creating a visual journey through transitory collaged photographs using artifacts, documents, and memories resulted in a unique telling of one family’s journey from immigration to incarceration, and re-assimilation. Balancing Cultures reminds us that racism, hysteria, and economic exploitation are all attributes of xenophobia. We see renewed violence against Asian Americans today. To share these feelings publicly can feel like a betrayal—a revealing of family secrets. Yet, it’s not only healing, but now, it’s crucial to the context of the times. If silence sanctions, documentation is resistance.

Jerry Takigawa is an independent photographer, designer, and writer. He studied photography with Don Worth at San Francisco State University and graduated in 1967 with a degree in Art with an emphasis in painting. He is the recipient of many honors and awards including: the Imogen Cunningham Award, San Francisco, CA (1982), the Clarence J. Laughlin Award, New Orleans, LA (2017), Photolucida’s Critical Mass Top 50, Portland, OR (2017, 2020), CENTER Awards, Curator’s Choice First Place, Santa Fe, NM (2018), the Rhonda Wilson Award, Brooklyn, NY (2020). and Foto Forum Santa Fe’s Annual Photography Award, Santa Fe, NM (2021). He was nominated for the Santa Fe Prize in 2007 and the Prix Pictet in 2013 and 2016. His work is in the permanent collections of San Francisco Museum of Modern Art, Brooklyn Museum, Crocker Art Museum, Santa Barbara Museum of Art, Monterey Museum of Art, the Imogen Cunningham Trust, the University of Louisville, the San Francisco Foundation , and the Library of Congress. His work has been exhibited nationally and internationally. Takigawa lives and works in Carmel Valley, California.