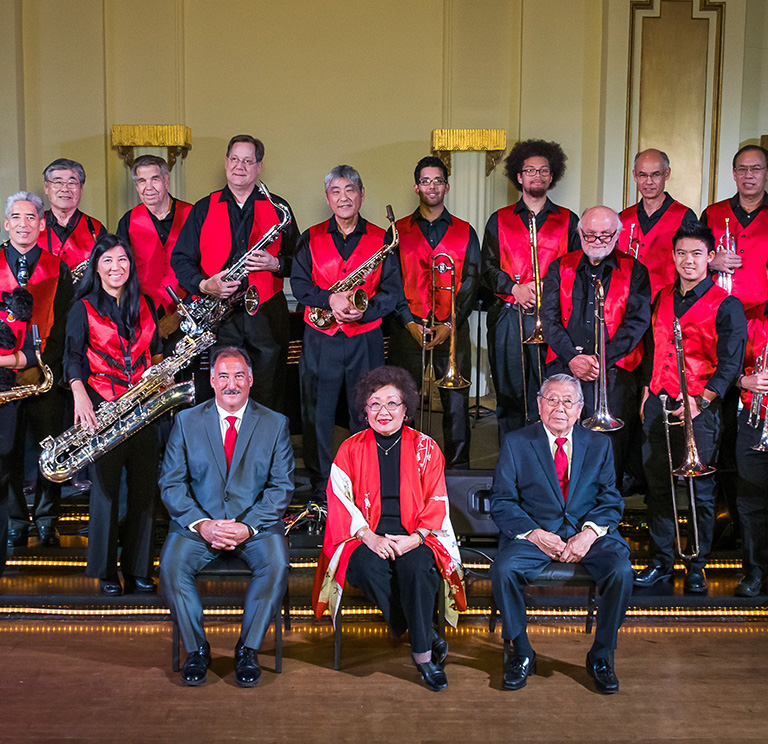 The Minidoka Swing Band remembers the Japanese Americans who were interned behind barbed wire during World War II. The band consists of 17 musicians and two vocalists, three of whom were incarcerated during WWII. Relatives of several bandmembers were also incarcerated. The Minidoka Swing Band was formed in 2007 by the late Roberta (Robbie) Tsuboi for a 2008 pilgrimage to the Minidoka Internment Camp. The band connects audiences to the time when all internees needed something to uplift them and help them feel typically American. The Minidoka Swing Band continues to play the music of The Harmonaires, a Seattle-based band formally known as the Mikados of Swing, as a tribute to Minidoka and all the internees who suffered a great loss during those difficult years. This performance will include narration between songs by Nola Sugai Bogle, who was incarcerated with her family at Minidoka.