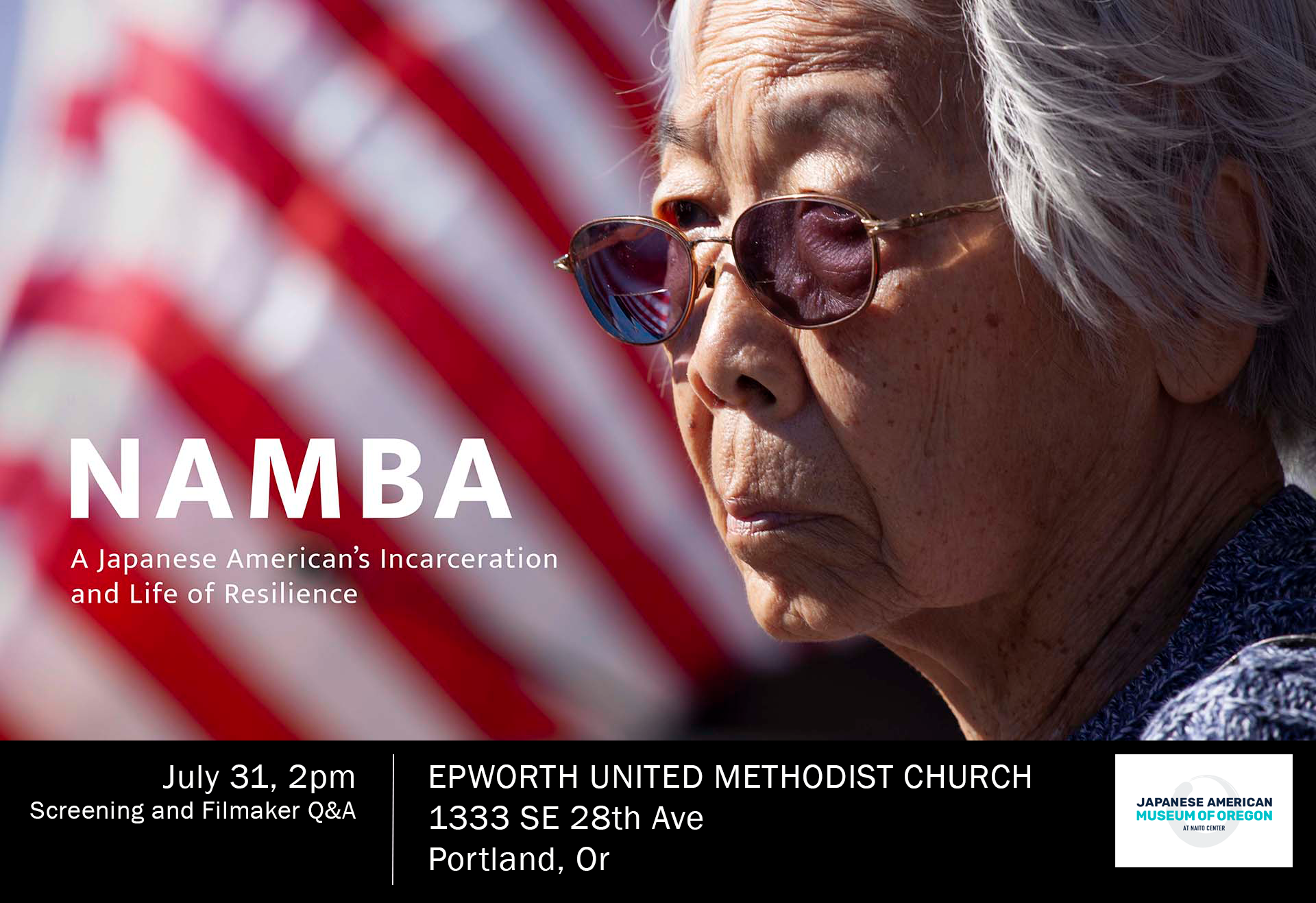 Join us for a screening of the film Namba, which tells the story of Japanese American WWII incarceration through one young woman’s experiences. The filmmaker, Emily Hanako Momohara, will be in attendance to introduce the film and have a discussion afterword. The Minidoka Swing Band will be there to perform, as well, and there will be a reception for the director after the program.

A coming-of-age journey in the midst of war and bravery, Namba introduces us to May Namba, a Japanese American woman incarcerated during WWII, narrated by her granddaughter Miyako. May loses her job and her father is taken away by the FBI. She was then incarcerated at Minidoka, one of 10 prison camps for Americans of Japanese descent. Yet throughout the journey, we witness May’s incredible resilience and how it forges a life of community and service. For more information about the film, visit https://namba-movie.com/namba-official-site

Emily Hanako Momohara was born in Seattle, Washington, where she grew up in a mixed race family. Her work centers around issues of heritage, multiculturalism, immigration and social justice.

Momohara has exhibited nationally, most notably at the Japanese American National Museum in a two-person show titled Sugar|Islands. She has been a visiting artist at several residency programs including the Center for Photography at Woodstock, Headlands Center for the Arts, Fine Arts Work Center and Red Gate Gallery Beijing.  In 2015, her work was included in the Chongqing Photography and Video Biennial. Momohara has created socially driven billboards for For Freedoms and United Photo Industries. She lives and works in Cincinnati where she is Associate Professor of Art at the Art Academy of Cincinnati and heads the photography major.