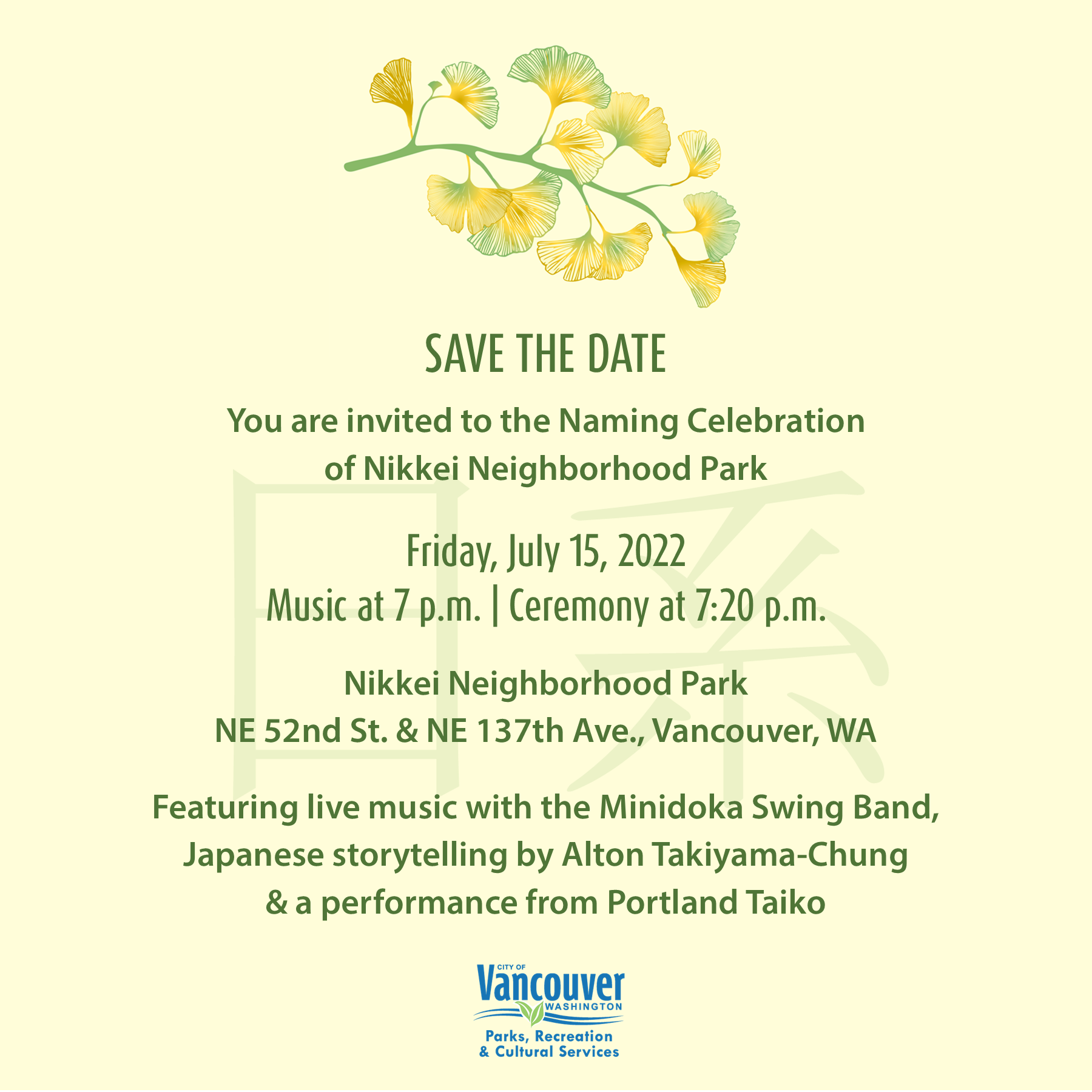 Featuring live music with the Minidoka Swing Band, Japanese storytelling by Alton Takiyama-Chung, and a performance from Portland Taiko.

More information on the name from the City of Vancouver:

During World War II, Vancouver’s Japanese American farmers were forcibly removed from their homes and sent to prison camps. Of the 19 Japanese American households on record in Clark County in 1940, only one moved back after release from the prison camps. That family was required to buy their land back from its caretaker and start over from scratch.

Selecting the name Nikkei Park is a way to remember the families that experienced this great injustice and honor their legacy with a place that is filled with beauty, joy and a sense of belonging.