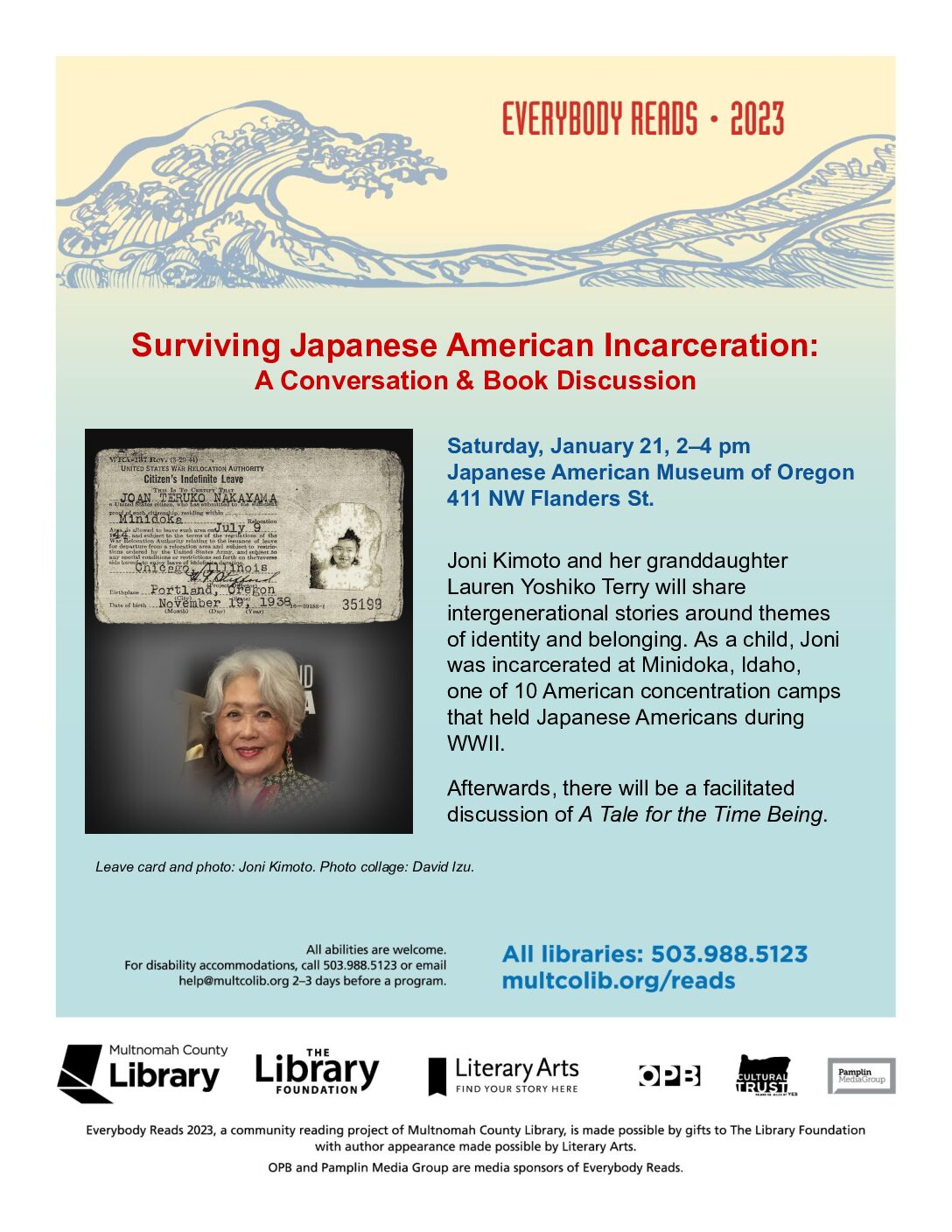 Joni Kimoto and her granddaughter Lauren Yoshiko Terry will share intergenerational stories around themes of identity and belonging. As a child, Joni was incarcerated at Minidoka, Idaho, one of 10 American concentration camps that held Japanese Americans during WWII.

Afterwards, there will be a facilitated discussion of Ruth Ozeki’s book A Tale for the Time Being.