Why the Arts Are Essential: Artist Talk with Chisao Hata 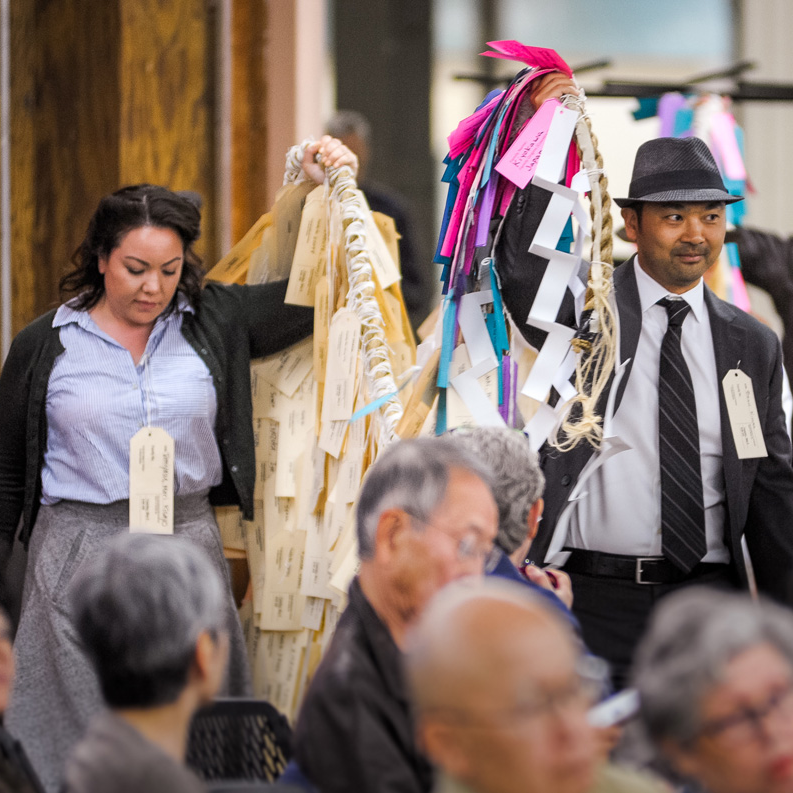 The Portland Chinatown Museum presents the fourth and final program in their Artist Talk series highlighting PNW Asian American artists working in the intersections of community, history, and culture. Join them on Saturday, August 27 at 1:00 p.m. to hear from performing artist and community organizer Chisao Hata.

Hata will discuss how exposure to the arts and arts education is a mandatory requirement at any age, any profession or any position we have in life. The arts root us in our humanity and teach us to understand ourselves, our relationships and the world we live in.

ABOUT THE PHOTO
REMEMBER US is a visual prayer for 4,000 Japanese Americans who were held in captivity in 1942 at the now Expo Center in Portland. The 30 foot long rope portrays the names of those from the Portland area that were held and ultimately moved to incarceration camps across the country.

My inspiration for this project comes from my own background as a third generation Japanese American with a legacy in Oregon’s history. My grandparents settled in Hood River and my mother became the first Japanese American nurse in the state. My parents were married in Poston, Arizona, one of the ten concentration camps in America. Additionally my inspiration for REMEMBER US came from an African saying, “we all die two deaths, one when we leave our body and two when our names are no longer called.”

PCM’s new Artist Talk series is made possible by a grant from Neighbors West/Northwest and the City of Portland, Office of Community & Civic Life.